Over the past couple of weeks, there have been several times that I have sat in front of the computer ready to write another blog, to get you up to scratch with what has been happening,  but nothing has come to me, I have sat, walked away, sat and then walked away again, what to write, I just didn't know what to say.  Well,
I am going to start with, "here I am", back from just over a month away, and as usual so much has happened and the time has flown by so quickly.   Darren had his surgery, he recovered well, although the wound took longer to heal this time round, he is feeling fine.  He is currently on two forms of chemotherapy, Procarbizine and Temozolmide which he is is taking every day for two weeks with one week off, in other words he is having a three week turn around.   He has returned to work today, something he needs to do and though he still cannot drive this is no problem because he usually uses public transport to get to work anyway.    It is just a case of take it as it comes from now on.    I have found that I have been more emotional this time around, I was thinking of speaking to a counsellor but I have to wait for an appointment and I'm not sure whether to bother now.
There has been a serious drama withing my quilting group, so much so that a large group of women have left the group and will be forming another quilt group.  This has upset me a lot and I am currently torn, but I have decided to join the newly formed group.  I still have some friends in the original group but the reason for the split is still within the old group and I do not want to be part of this.   I think this has added to my emotional state, I need the support of my friends, but I also need a calm environment. 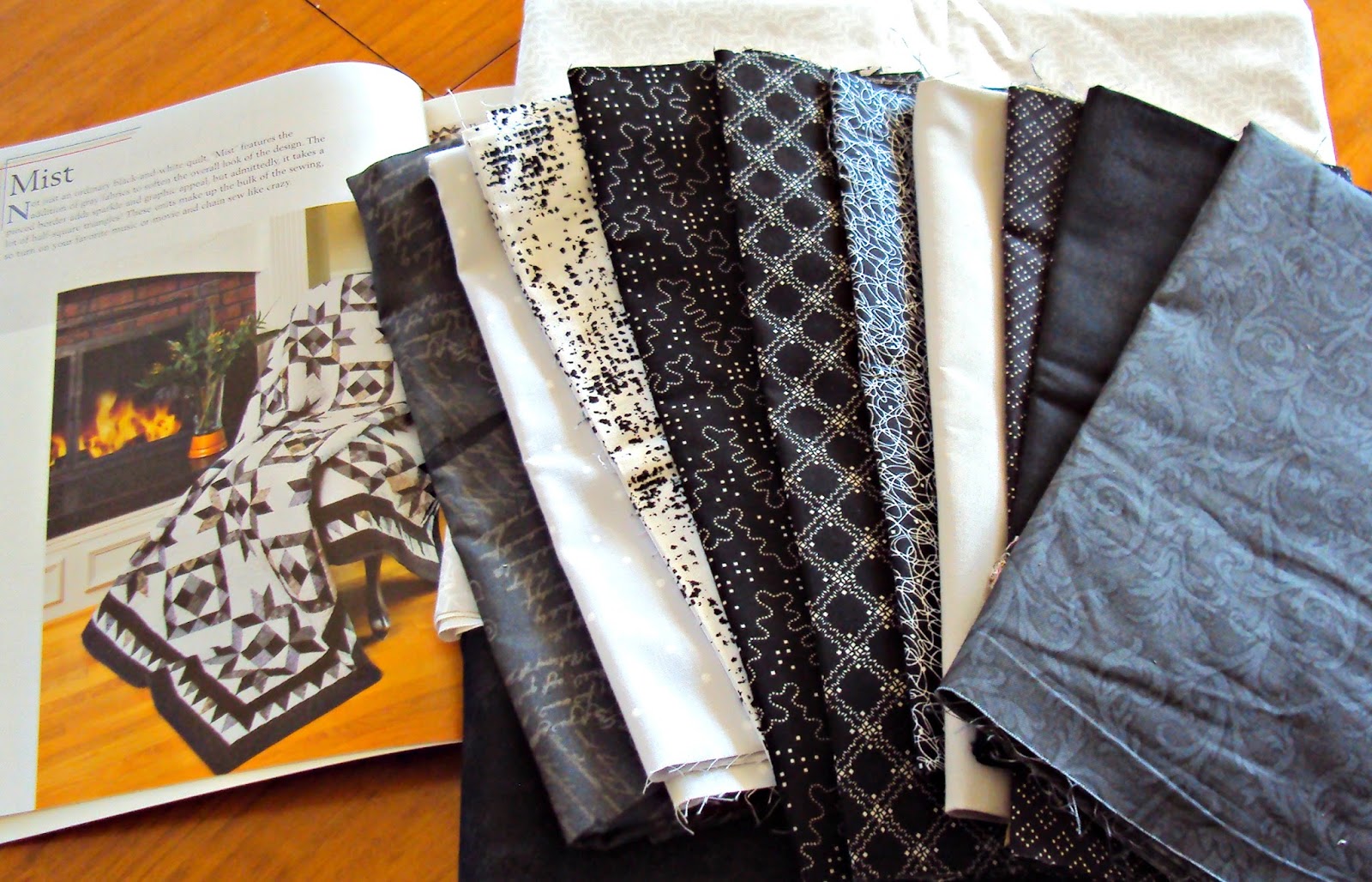 Over the past couple of weeks I have been collecting fabrics to make "Mist" the pattern by Pat Wys that I purchased a few months ago.    I have enough fabric to make a start on cutting this,  but have been busy finding other things to do.       Yesterday I made a start on cleaning up what remains of my summer vegetable garden, picking the green tomatoes and what was left of the cucumbers, I have a few pumpkins on the vine that I have decided to leave and hope they will be ready before it gets too cold.    Today I made green tomato and vegetable pickles and bread and butter cucumber pickle.  In the meantime I have been embroidering block six of Butterfly Garden by Leanne Beasley, there is so much applique and embroidery in these blocks they are taking forever to finish.
Posted by Unknown at 22:01 No comments: