On Sunday I woke up with a sore throat, not a good start to the day,  I was meeting my family at an Asian restaurant to celebrate my Dad's 87th birthday, hoping I would get through the day I swallowed a couple of Panadol and set off.   We had a lovely day, the food was buffet style with a Sushi bar, Yum char, and lots of Chinese dishes to choose from.   The dessert bar was the best, or so the younger generation said, the chocolate fountain was popular as were the little cakes, slices and ice-creams.
Monday morning found me not wanting to open my eyes, I was so blocked up and feeling terrible.  How can one body produce so much sticky, disgusting muck?  I was supposed to have my flu shot on Wednesday, I have cancelled that until I'm well enough again. 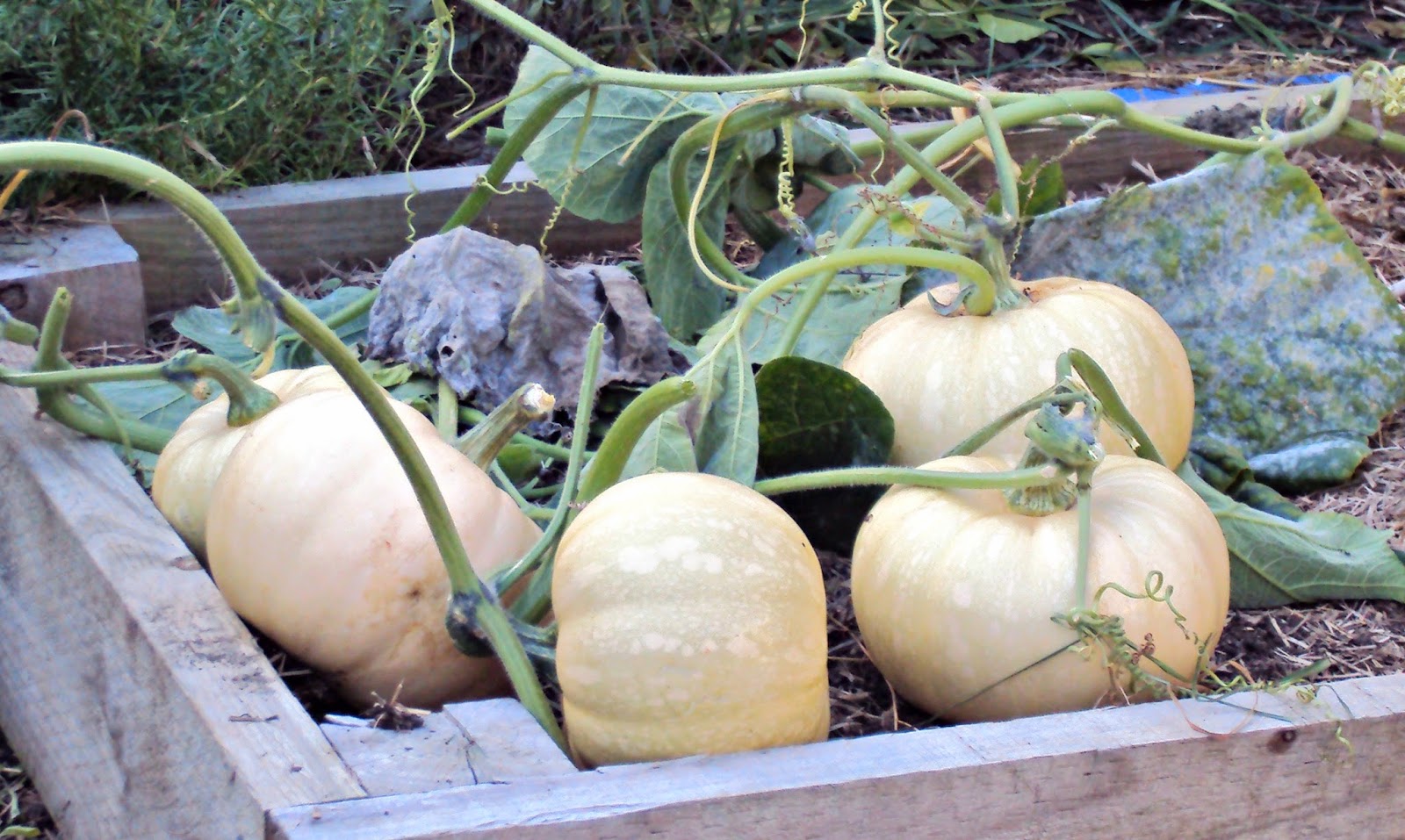 I spent the morning outside in the sunshine, looked over the garden, and decided to pick some lemons, I'll need these for all the cups of lemon and honey tea I am going to drink.   Guess what I found hiding under and around the lemon tree?  Pumpkins, five smallish pumpkins that I was unaware were there, I knew I had a couple of pumpkins but not these five. I have placed them in the sun, hopefully they will ripen before it gets too cold.  I have plans for a couple of  these now I have found them, Pumpkin chutney, but not until I am well again. The rest of them will probably become soup.
I've been sitting stitching flowers and butterflies again, it is taking some time to get through this quilt, so much work on it still do.  Tyler has been inside with me for most of the afternoon, as soon as the sun disappeared and I came inside he wanted to be come in and join me, company for each other.