My mother-in-law has just turned eighty years old, a big achievement especially since she had a nasty fall a couple of weeks ago.  She has always been very active and hates becoming older, and so in her usual style she climbed onto the table to change a light bulb, now I have to tell you they have raked ceilings which are very high and why she thought she would be able to reach to change the bulb I can only guess.  Of course you now know what happened, yes, she fell from the table onto the slate floor. Her injuries were severe enough that she could not get herself up.   For over two hours she called out for someone to help her, finally my father-in-law who is totally deaf without his hearing aides came to her rescue. His first words to her were "what the heck are you doing on the floor"   She has broken her scapular, badly cut her legs and given herself a decent bump on the head, X-rays show no damage to her head but she has been complaining of some short term memory loss and not being able to taste food.  This mishap has slowed her down and she is feeling very low now.
Back to the birthday,  what to give a lady who has everything, and I do mean everything.  Every room in her house has cupboards that are packed full of things that she cannot part with.   I decided I would give her the small table runner I had recently bought as a kit, I just had to make this up, "Candy dish" by Laundry basket quilts.  It is a small table runner she can use on her coffee table, thankfully she loves receiving hand made gifts.
On another note, I recently opened an old copy of Australian Patchwork and Quilting and on turning the pages I was shocked to find that an old neighbour and world renowned quilter Julie Wallace had passed away from a brain tumour last July.  I have cried over this knowledge because I would have attended her funeral, because this disease has also taken my son, because they were both too young and were both very talented people with still so much to give to this world and their families. 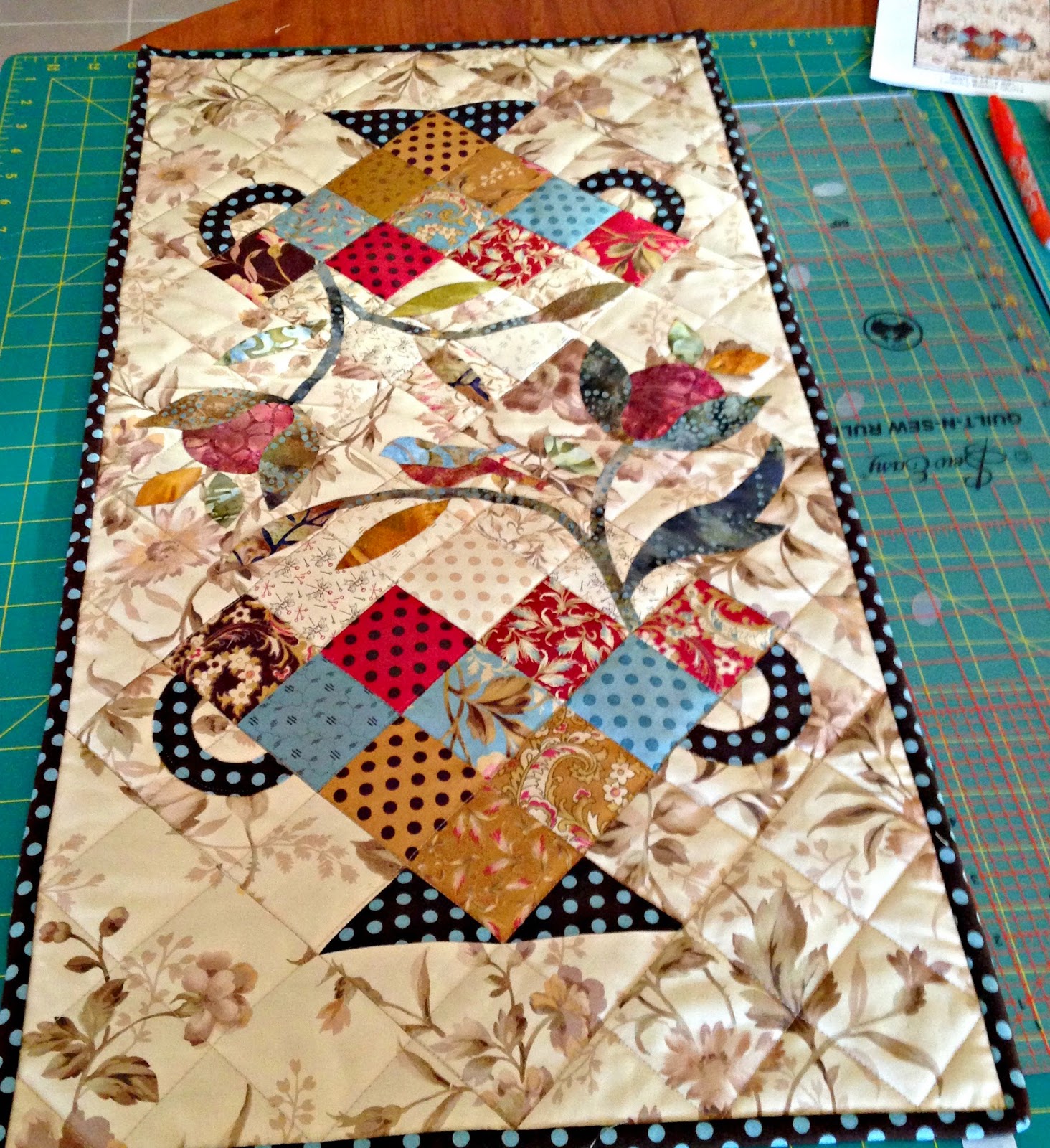